If you’re a fan of Mad Men, the hot AMC cable show that chronicles the ad industry in the 1960s, then you know all about the fictional exploits of Don Draper, the marketing genius at Sterling Cooper Draper Pryce. You may have even heard of a real life Mad Man like David Ogilvy. 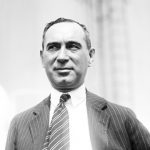 Albert Lasker, one of the original Mad Men

But do you know who Albert Lasker is?  You don’t? Well, you should. Do you ever have OJ for breakfast (the drink. not the killer)? Do you ever sneeze into a Kleenex instead of a (ugh, disgusting) handkerchief?

And here’s a question for ladies only—Do you know how to use Kotex tampons? (See, men, aren’t you glad we just asked the ladies?)

Albert D. Lasker was one of the original Mad Men, a marketing genius who was a true advertising superstar. In his day, nobody knew how to build brands like he did. He introduced us to Goodyear tires for all-weather driving, told us to start our day with a glass of Sunkist orange juice, had us bathe with Palmolive beauty soap and “wonder where the yellow went you brushed your teeth with Pepsodent.”

What was advertising like during the early days, half a century before the 3-martini, 2-secretary  lunch?  Well it’s hard to imagine, but it wasn’t that respectable.

When American businessmen first started advertising, they didn’t even try to describe a product’s benefits. The only thing they thought was important was getting a product’s name in front of the public. They were simply were space salesmen, adding no creativity or marketing to the mix except for the product’s name. 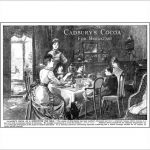 An early ad for Cadbury Cocoa didn't try to sell the products' benefits, ad men were content to just get their clients' name in front of the public

Albert Lasker first made a name for himself in business at the ripe old age of 12. He started a newspaper, the Galveston Free Press, that gave a ringing endorsement for a Texas gubernatorial candidate.

STAN: Why do they call if “guber-natorial?” Shouldn’t it be “guver-natorial?”
HARRIETT: That’s because most governors are goobers, Stan! Now be quiet! Jack’s back and I want to hear what he has to say.

Albert Lasker’s endorsement made people stop and take notice of his extraordinary talent at such a young age.

Lasker had hoped to go into journalism, but his father intervened thinking that newspapermen were all drunks and low lifes. (Good thing he never watched Mad Men.)

Albert’s father got his a job in a Chicago ad agency, Lord & Thomas. Lasker was an instant success,  but he still found advertising very boring. “There has to be something more to advertising than just buying space,” he must have thought.

STAN: See there? He did it again. Goldenberg just takes liberties with the truth. He doesn’t really know what Lasker was thinking, does he?
HARRIETT: Stan, stop picking on Jack. You oughta be glad he’s back.
STAN: Oh, he was gone? Gee, I hadn’t noticed. Where was he? In rehab with Lindsay Lohan?
HARRIETT: Of course not.
STAN: Kicking back a few with Mel Gibson?
HARRIETT: NO! 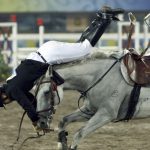 Artist's rendition of Goldenberg falling off the blogging horse

STAN: Look, I just wanna know where he was. He hasn’t blogged for over two weeks.  And…
HARRIETT: Well, if you must know, he fell off the blogging horse.

Stan had a look of mock horror on his face.

Stan: Ran out of brilliant ideas, huh? I knew that would happen.
Harriett: Not exactly. At least, not at first. He had a freelance assignment and the first week he put in 88 hours.
Stan: Then he fell off the blogging horse?
Harriett: Yes, then he fell off the blogging horse. And it took him a week to get back on it.  In fact, if he hadn’t received so many requests from readers, he might never have gotten back up.

Where was I? Oh yeah. Even though Albert Lasker found advertising boring, he was incredibly motivated, and by the time he was 24, he owned the Lord & Thomas agency. Now it may be hard to imagine, but in those early days around the turn of the century advertising was not viewed with very high regard.

In fact, bankers refused to lend money to any manufacturer who planned to use the loan to pay for advertising. According to bankers, “Any man was an unreliable manufacturer who advertised. He was putting himself in the patent medicine class. It just was’t ethical, it wasn’t being done.”

But Lasker set out to change all that and make advertising an interesting, respectable profession. Lasker was searching for something that would transform advertising. He found what he was looking for when he made the acquaintance of John E. Kennedy, a direct mail writer. Kennedy hypothesized that advertising could be summed up in 3 words: advertising was “salesmanship in print.”

Lasker bought into everything Kennedy was saying and he enforced the principles of “salesmanship in print” at Lord & Thomas. No longer would admen be disinterested spectators hawking only a company’s name.

From then on, first at Lord & Taylor, and eventually at ad agencies all acoss America, advertisers would endeavor to come at readers as if they were a salesman selling a product to a prospective buyer.  They would deliniate all the “reasons why” a product or service was needed by the buyer.

Stan: But I don’t get it. How did that affect tweeting?
Harriett: They didn’t have Twitter back then, you twit! They just had Facebook and Myspace.
Stan: All right, now you’re justing pulling my keg.
Harriett: Did you mean leg?
Stan: Whatever. 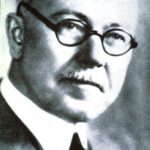 When he lost his star copywriter, John E. Kennedy, to another agency in 1906, Lasker knew he had to find another advertising superstar. Eventually he convinced Claude C. Hopkins to join Lord & Thomas, winning him over by agreeing to pay an unprecedented salary of $1000 a week.

Together, Lasker and Hopkins created a slew of  successful ad campaigns. Quaker Oats Puffed Rice and Puffed wheat were “shot from guns,”Goodyear was an all-weather tire,”  California oranges were “Sunkist” and California raisins were “Sun-maid.”

STAN: I heard one of the California Raisins was recently arrested.

HARRIETT: What for?
STAN: He was a cereal killer.
HARRIETT: Whered’ you hear that? Oh, I know you..
STAN and HARRIETT: (singing in unison): …heard it through the grapevine.
HARRIETT: Yeah, well, not much longer will you be mine.
STAN: That’s not funny.
HARRIETT: Yes it was. It was funny to me.
STAN: Let’s be respectful and let Goldenberg finish. 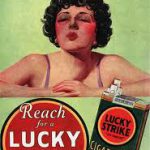 Ads encouraged women to reach for a Lucky Strike, instead of a sweet

In fact, Lasker’s agency practically invented orange juice for breakfast when they encouraged the production of glass juice extractors for home use.

According to a newly released book on the life of Albert Lasker, The Man Who Sold America, by Jeffrey L. Cruikshank and Arthurr W. Schwartz, Lasker was particularly adept at appealing to women. He convinced Kotex to put their product in a plain brown wrapper so women wouldn’t be embarrassed asking for it. He transformed Kleenex from a “cosmetics remover” to a “disposable handkerchief.”

He even convinced women that smoking Lucky Strikes would be good for their figures. It was pure advertising logic: “Reach for a  Lucky instead of a sweet.” In the latter part of his life, Lasker persuaded the Birth Control Institute to change its name to Planned Parenthood.

HARRIETT: He’s done it. Goldenberg’s back on the blogging horse. I knew he could do it. I knew he hadn’t lost his touch.
STAN: Not so fast, Kimosave. He still hasn’t come up with a close, yet. And he still hasn’t tied it into his own ad career.
HARRIETT: He will, Stan. He will. 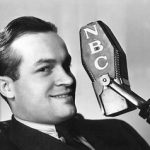 Comedian Bob Hope was the King of Show Business, a real American patriot and his U.S.O. tours were legend

Lasker’s advertising even made stars out of everday run-of-the-mill performers. In the 1930s. Bob Hope was an unsuccessful, little-known comedian until he became host of a radio show sponsored by Pepsodent. In fact, I once worked with Bob Hope when I was a a 30 year-old Copywriter and  Associate Creative Director at Benton & Bowles Advertising.

HARRIETT: See, I told you. He’s a master at this stuff.

Benton & Bowles had the Texaco account and Bob Hope was, of course, its spokesman and the Number 1 comedian in the world. The senior person on the account, Ron Frankel, had another business meeting and couldn’t make to the studio, so he asked me to cover for him.

“Don’t worry,” Ron said, “it won’t take long. Bob always does it one take. In fact, whatever you do, don’t ask him to do a second take!”

I went to the recording session and it was filled with people who wanted to be near a superstar of Hope’s proportions. Bob Hope did the first take and everybody applauded. When the applause died down, I spoke up, “Excuse me, Mr Hope, would you give me another reading?”

Everyone turned and looked at me like I had destroyed the original 10 commandments, the ones that God gave to Charlton Heston. Who has the nerve to tell Bob Hope he wasn’t happy with his reading?”

He was Bob Freakin’ Hope, for God’s sake!

Bob Hope looked at me like an elephant must look at an ant who is pestering him. Still, he gave me that Bob Hope crooked smile. “Sure, kid, whatever you say.”

Bob Hope read the 30 second radio commercial a second time. He read it exactly like he read the first one. He didn’t change the inflection of one single word.

The crowd breathed a sigh of relief. Bob Hope gave me another cooked smile. And I was never asked to attend another Bob Hope recording session.

Thanks for stopping by today. I appreciate if you’d leave a Comment and let me know what you liked and didn’t like about today’s blog and what you’d like me to blog about in the future.

I’ll be back the next time I have 10 Minutes of Brilliance.