FAIL- Decca Records to The Beatles: We don’t like your sound

Don’t Let Anybody Ever Tell You You Can’t!

I used to see a wonderful man named Aaron Zeligman. Aaron was my guru. He taught me all the Important things in Life, like Love, Energy, Prayer, Metaphysics and the Power of Positive Thinking. Back then, I was living with The Warden, but we weren’t married yet.(Don’t tell her Mom. I think it’s still a sore subject.)

I used to come home from a one-hour visit with Aaron, and The Warden was positive I was high on something other than Life. (Which is silly, because I didn’t exactly lead a Chubby Checkered Life.)

I wasn’t high. I was just aware. It’s amazing how unmindful we can be most of our waking hours.

Aron was an 80-some year-old brilliant, funny Jewish man. His religion was important to him. And it wasn’t.

Arron’s religion was important because he was proud of his Jewish heritage.

His religion wasn’t important because

he was an advanced being who understood that all religions are just different expressions of The One, God.

So one day, I got permission from Aaron to bring The Warden with me and after the session was over, she walked outside Aaron’s house wearing the smile of an Angel and said,

At least, that’s what I think she said. Now, that I’m thinking about it , it may be more like, “What the Hell was that all about?”

One of Aaron’s favorite sayings was:

“What the mind can conceive and you truly believe, this you will achieve.”

Aaron never claimed to have been first person to have penned that quote. He just lived by it. 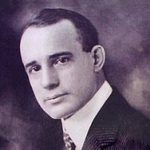 “What the mind can conceive and believe, it can achieve”

has been correctly attributed to one of the earliest pioneers of self-help, Napoleon Hill. His book, Think and Grow Rich, is one of the best selling books of all time. He pioneered the idea that

You are what YOU think YOU are.

In other words, just because I think I can be Indiana Jones doesn’t mean I can be him.

Hmmm. Or does it. 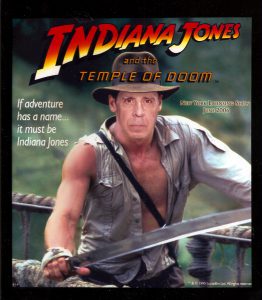 And that ol’ subconscious, why it will accept Anything and Everything. It has no choice.

The subconscious accepts Everything. It doesn’t Question.

Unfortunately, that means your subconscious also accepts without question all the negative things you tell it too. And, boy, do we all have 101 negative ways to say we’re not good enough. When in reality, we are. Well, not all of us.

Is it fair to have to sleepwalk through most of our LIves. ? Yup, it makes the Game interesting, because if you’re not a Player, you’ll never win.

All that we are is the result of what we have thought. It is founded on our thoughts. It is made up of our thoughts. If one speaks or acts with an evil thought, pain follows one, as the wheel follows the foot of the ox that draws the wagon.

All that we are is the result of what we have thought. It is founded on our thoughts. It is made up of our thoughts. If one speaks or acts with a pure thought, happiness follows one, like a shadow that never leaves. Buddah

That’s why affirmations are so incredibly important and powerful. Whenever you affirm “I am healthy, “ or “I am sick,” I am happy” or “I am sad,” you will be whatever you say you are. Your subconscious mind has no ability to discern what is good for you from what is bad for you.

Can you guess what the single most powerful words in the English language are? It’s: “I am.”

Moses was considered to have been the first person who heard God speak. When he climbed Mt. Sinai he heard God’s voice. I’m not saying he imagined it. Or even that he “heard” it inside his own head.

He heard God’s voice out loud and it freaked him out.

STAN: What is this Sunday school?
HARRIETT: Stan, show some respect.

Moses knew he had to go back down the mountain and report what he heard and who he was talking to, but he insisted on knowing Who or What was talking to him.  Moses needed to know because he knew his people would demand to know. So God replied,

So there was God telling Moses that his name was I am, that I am. It’s was really a metaphysical clue that we are what we say we are.

Don’t ever let anybody tell you You can’t!

STAN: Goldberg’s right!
HARRIETT: First of all, Stan, his name is Goldenberg. And since he created you, it might be more respectful if you called him Mr. Goldenberg. Or Jack. Anyway, what do you mean he was right?
STAN: He’s right, people should do what they want. And right now I going to do what I want,
HARRIETT: Stan, you’re cruising for trouble. Jack’s all powerful. At least where this blog is concerned.
STAN: I’m going to trick Golberg right here on his own blog.
HARRIET: I don’t think that’s a good idea.
STAN: I don’t care. Wait, I hear him. Quick let’s get outta here.

STAN GRABS HARRIETT’S ARM AND QUICKLY RACES OFF THE BLOG.

Where was I? Oh well, I guess that’s all for today. I have a funny feeling Stan has been up to something, but I can’t quite put my finger on it. Maybe I’m just imagining things. (Hah, maybe I’m imagining Stan!)

I ‘d like to thank all the new Readers who’ve been joining 10 Minutes of Brillinace in record numbers lately and I hope you’ll come back the next time I post a blog.

More on that next blog when I reveal some METAPHYSICAL SECRETS for HOW TO USE YOUR BRIAN. Some of them have been carefully placed around this blog.