Like the Beatles, I get by with help from my friends.

Before I begin today’s blog, I would like to share a story with my Readers. It’s a cautionary tale about Drinking and Driving. Everyone knows someone who’s had one too many. This is a story about a friend of mine. We’ll call him Mike Gray, because, well, that’s his name. I’ll let Mike tell his story.

Mike: “As you well know, some of us have been known to have had brushes with the authorities on our way home from an occasional social session over the years. A couple of nights ago, I was out for an evening with friends and had a couple of cocktails and some rather nice red wine. And then I had a few beers.

Knowing full well I may have been slightly over the limit, I did something I’ve never done before — I took a cab home. Sure enough, I passed a police roadblock but, since I was in a cab, they waved it past.

I arrived home safely without incident, which was a real surprise, as I have never driven a cab before and am not sure where I got it or what to do with it now that it’s in my garage.”

Getting by with a Little Help from my Friends.

STAN: Well, then, I must be your best friend.

Where was I? Oh yeah. Now you may want all you friends to figuratively high five you no matter what you do. Not me. I need some friends who straighten me out, who tell me when I’m not on The Chosen Path.

Recently, Bernie gave me HELL because I was so blatant about selling Obama Watches. “I don’t read 10 Minutes of Brilliance to be sold something. I read it because you’re funny and smart. But not that smart, apparently, because you’re still trying to sell me those damn Obama Watches.” (And he’s an Obama supporter, mind you!)

That’s Bernie for you. He’s still my friend after 350 dog years. And just to honor my friendship with Bernie, I will not mention President _____’s name again in this blog.

And now for something completely different.

Another one of my fiends, we’ll call him Jeffrey Jones, is a multi-talented Creative Director who can write and art direct with equal skill   Jeff’s an unabashedly liberal who supports President _____ and he’s not afraid to defend his position. He recently sent me the video below by singer/songwriter Leslie Gore. It’s a wonderful, uplifting video that touts the importance of  women and how they should be
in charge of their own bodies.

If you’re a woman, or even if you’re not, but you have your own body, then you should watch this video. 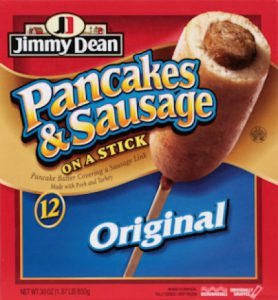 After recent lab testing by Consumers United Dot Org, it was discovered that JimmyDean Pancakes and Sausage on a Stick are made from 100% Jimmy Dean. 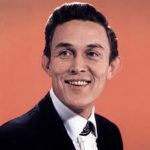 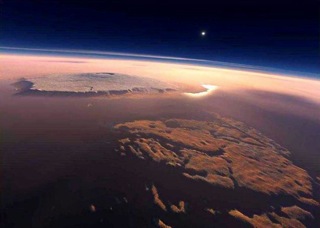 It appears there were canals on Mars 2 million years ago which means that not only did Mars at one time have water, but also probably, cabana boys. 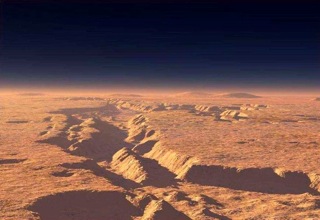 The Martian Surface is remarkably like Simi Valley, California without, of course, all the smoothie shops. 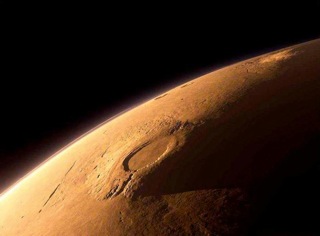 Volcanoes existed on Mars over 30,000 years ago although that timeframe may be off by a week or two. 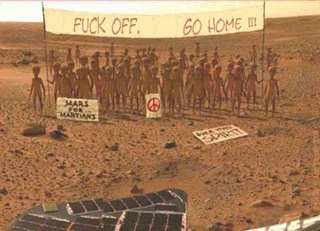 It is quite possible that Mars might be a hostile planet after all.

Universal Truth: I don’t understand how Public Broadcasting stays in business. Every time I turn on a show they say, “Public broadcasting works because it is supported by Viewers like YOU.” I’ve never sent them a penny.

Play Scrratch and Win an _______ Watch or a Mitt Romney T-Shirt or Oven Mitts from Etsy!

A very bright and talented friend of mine, we’ll call him Greene Scott, although that is not actually his name, asked if he could use my _____ watches as a Prize in a contest for a new and exceedingly cool start up company he works with, for, maybe he owns it, I don’t know. I didn’t get the particulars. So to promote their ultra-cool online game company, they created a game called: OBAMNEY 2012 Scratch off. It looks like this: 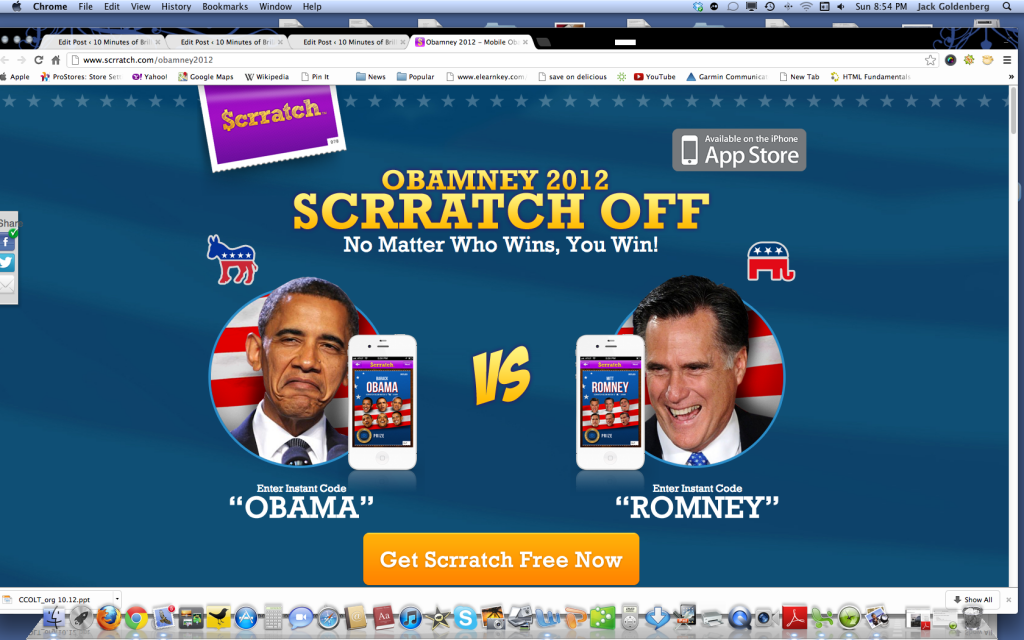 Hey knuckledhead, don’t try clicking on this image. It’s not clickable. Instead go to: https://www.scrratch.com/obamney2012 and download the FREE app.

Scrratch’s Obamney Contest seems pretty straight forward. You just down load their free app, put in the code for either President “______” or Romney and you can win an _____ watch from _____Watches or an Oven Mitt from esty.com

But more important than the promotional game is how cool the site is. You can create you’re own “scratch off” games and even load in your own prizes. At first glance that doesn’t sound very practical, but it does when you see some of their suggestions.

For instance, they suggest playing a game called “Guess Who’s Paying for Dinner?”  Then you type in your friends names, even add their pictures and you play a simple gscratch-off game where one of your friends loses and has to pay for dinner….or another round of drinks. Plus there are tons of other games to play.

Scrratch is a first of its kind mobile app that gives users the ability to create and play their own custom sweepstakes with friends and family in the form of instant win scratch-off cards. Outside of great promotions that let users play for real and virtual prizes like their current Obamney 2012 program, Scrratch lets you take almost any occasion and make a game of it. Whether it’s creating a game around the holidays to give a group of friends a chance to win a big prize, or just figuring out who is picking up the dinner check, the custom games are fun to create and easy to share. Check it out.

I’m going to have to end this blog soon, not because I want to, but because hurricane Sandy keeps shutting the power goes off at my home every 10 minutes, then comes back on a minute later. That wreaks havoc on writing a coherent blog.

STAN: You’re going to write a coherent blog? That’ll be a first.

I wish Stan’s lights would go out. (I said to myself very quietly.)

STAN: I heard that.

Finally, I ‘d like to show you three videos from my friend, Tony. Everybody’s got a friend Tony. Tony sends me 10, 20 e-mails a day. Oh, but I under-exaggerate. He probably send me 3,000 e-mails a day. Oh sure there’s a pet cat video among them. (I hate pet cat videos!) But the vast majority of them are interesting, provocative, unusual and sometimes quite beautiful. Here are a couple I received recently. Disappearing Box and Playmate of the Year. WARNING! You may not want to watch Playmate of the Year because this Playmate is a real D-O-G!

And finally, The Playmate of the Year:

Well, that’s it for today’s blog, Readers. Hope you enjoyed it. I’m proud to say that I got through the entire blog without once mentioning my _____Watches. See Bernie, I knew I could do it!

Now Readers, I have one small request, it’s especially for all you new Readers who just joined us. PLEASE leave me a COMMENT and tell me what you liked or even didn’t like about the blog.

Or tell me what you had for dinner last night.

Or that your shoes are too tight.

Or that you hate broccoli.

Or what your parents taught you when you were a child.

Or, if you could throw an imaginary dinner party and invite any 10 people, real or imaginary, alive or dead, which 10 people would you invite and why.

You see, Google counts not only how many people visit the site, they also count how many people leave COMMENTS> And it helps me tremendously if Google likes me because they they give out my blog in their search engine results.

So as far as COMMENTS go, BE THERE. Don’t be square. G’night.