Today’s blog will be a little shorter than usual.

STAN: Like you, Goldstein?
STAN TO HARRIET: How tall is Goldstein, Harriet? Four foot two? Three foot, seven?
HARRIET: It’s Goldenberg, Stan, not Goldstein and he’s at least five, five. Maybe five, six. He’s even taller on his driver’s license. Why are you picking on Jack.? He barely got out one sentence today and already you’re attacking him.
STAN: I can’t help it. He may be short, but he’s still an easy target.
HARRIET: You know, Stan, for an imaginary character, you’ve sure got a lot of nerve.
STAN: I’ve got a lot of something else, Harriet. Wanna see it?
HARRIET: Oh, no, I don’t think so. I’m not sure what you’re talking about, but I’m sure I don’t want to know.

One reason my blog is shorter is that I wanted to get it out today, so I could give you a proper weather report while you were stuck inside because of the snowstorm. Although I probably didn’t have to rush it. The Weather Service says the next storm that hits us could last into the Next Century.

The idea for the blog came to me when I watched identical weather reports on five channels. Broadcast local news, the Weather Channel and 24 hr. cable news are all delivering useless and redundant weather reports that waste our valuable time indoors better spent defending against Cabin Fever (a k a #CabinFever).

So here’s the only weather report you need to watch to learn what you need to know about today’s and tomorrow’s gathering snowstorm. It’s a school closing announcement from Durham Academy Head of School Michael Ulku-Steiner and Assistant Head of School/Upper School Director Lee Hark.

The Only Weather Report You’ll Need to See

A man named Fan Zhang, the owner of a trendy restaurant in downtown Toronto, knows a lot about his customers. He knows that 170 of them went clubbing in November, 250 went to the gym that month and 216 live in an upscale neighborhood called Yorkville.

According to a recent article in The Wall Street Journal, Mr, Zang obtained that information without ever asking his customers one single question. He didn’t have to. His customers’ phones did the spying!

As of now that kind of spying is legal and it’s fast becoming big business. Turnstyle Solutions, a one year-old data and technology company, placed sensors in 200 business in downtown Toronto to track the whereabouts of people as they move throughout the city. 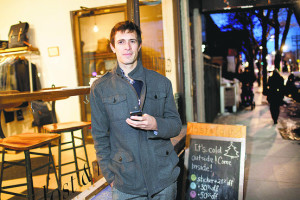 The information they retrieve allows Turnstyle Solutions  to create lifestyle and demographic portraits of 2 million people as they go about their daily lives, unaware their wi-fi enabled smartphones are doing the tattling. Then, they use that knowledge to send targeted messages and promotions to an unsuspecting public.

It doesn’t seem right. But it’s legal. And it could be happening to you.

Next time I’ll tell you about another way they’re spying on you that is even more nefarious because they use your face to gather information on your every move. 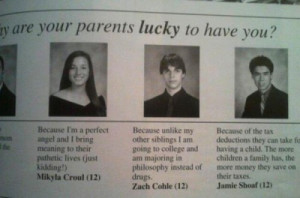 Good for Zach. He’s not going go end up like his slacker, drug-taking siblings. 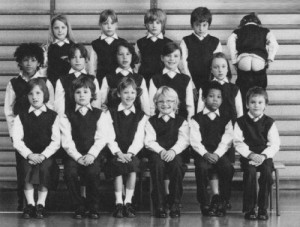 Ought-oh! It looks like one of the 4th graders was getting a little behind in his schoolwork. 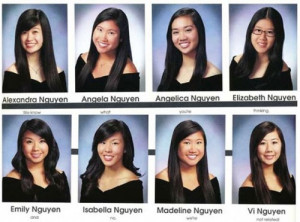 “So, you’re dating Nguyen. We have several. Is she the Junior  with long, black hair? 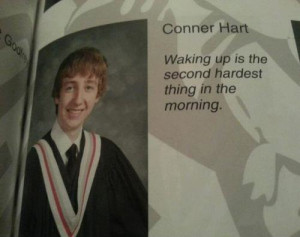 “Thanks, Connor, but I think that’s more than we needed to know.” 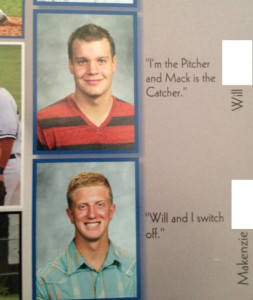 OK, Will. That’s definitely more than we needed to know. 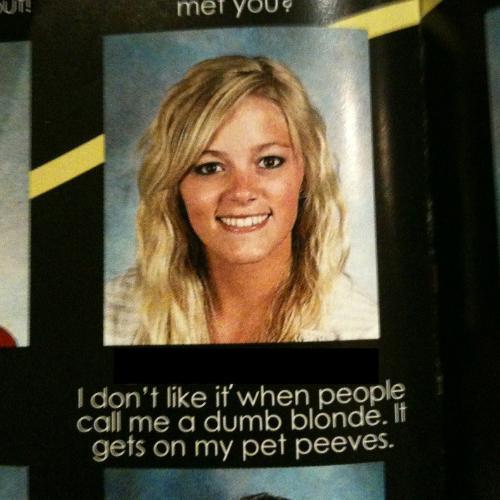 This young woman is destined to try using White Out on her computer. (Now will someone please explain to the Millennials and Generation Z what what White Out is.) 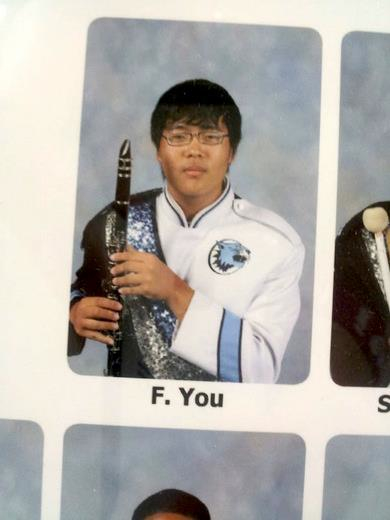 I feel sorry for F. You. During recess, the only kid who will play with him is F. Me?

Richie Parker drives a car. That’s not unusual at all. He also is an engineer who designs cars. Again, not that unusual. But the fact that Richie Parker doesn’t have any hands, and that he uses his feet to steer his car and to design automobiles, that’s not just incredible, it’s also very impressive.

So the next time you complain you don’t have the tools to get a job done, just think about Richie Parker.

Well, that’s all for today.

STAN: That’s impossible.
HARRIET: What now, Stan?
STAN: Today’s blog. It was so short. It usually takes Goldberger a couple thousand words before he finishes all the drivel he spews in his blogs. I bet he’s up to something.

Oh, I wanted to explain why today’s  blog was a couple thousand works shorter than usual. I’m trying to use my blog to get more work as a Copywriter. And if I post shorter blogs more often, I stand a good chance of impressing Google, getting more search traffic. And the more traffic I get, the greater the odds that someone who comes by will hire me.

STAN: I knew it. He’s using us and the blog to line his pockets.
HARRIET: Stan, you don’t even have any pockets because you’re not real.
STAN: Well if I don’t have pockets, then  I must not be wearing any pants.
HARRIET: All right. All right. I don’t like where this conversation is going. Now say Goodnight, Stan
STAN: Good night, Stan.
HARRIET: That’s all for today, Brilliant Readers. Come back next time when, hopefully, Stan will be wearing imaginary pants.
STAN: I imagine that won’t happen.
HARRIET: I know. Me, too.

Connect with Jack on » LinkedIn | Follow Jack on Google+ » by +JackGoldenbergNYC