My favorite commercial ever. Period. No, that’s what it is about.

In commercials, humor sells. But no matter how funny a commercial is, if you remember the spot, but not the product, #fail! That’s what makes the commercial for Hello Flo period supplies so brilliant.

It’s not easy to write a funny commercial about what it’s like for a preteen to get her first period. Or to sell a line to your client that concludes, “Do you know how hard it is to find a uterus piñata?”

It’s even more difficult to make it seem tasteful when the pre-teen’s Dad jumps out of a cake dressed as (sorry team) menstrual flow.

And when you name your product for menstrual supplies “Hello Flo,” you’re just asking for some dimwit to reject it.
But they made it. The client bought it. And now you get to enjoy it.

Duvets and Toile: Men. LOOK AWAY!

That’s right. I make All the Decisions around Here!

I know I’m Head of the Household because the other night I checked with “Sir” while she was sleeping. Soundly. And I didn’t just mumble, “I run things around here, right?” I screamed it. In a whisper. In my garage. And no one, I repeat, no one, disputed it.

So don’t think for a second that because I call my wife “Sir,” this somehow seems to imply I’m just a hired hand. In fact, I only call Sir “Sir” sometimes. I also use the terms Your Royal Eminence, Supreme Leader, Il Duce (if we’re at an Italian restaurant), the President of the United Homefront and also the Exalted Ruler and Head Hocho Solely Qualified to Find Me at Fault for Even Breathing the Wrong Way.

So Sunday morning when my wife asked me to help her fold our comforter into the duvet, I didn’t just jump to attention and do it.

Instead, I jumped to attention and pleaded, “What’s the Hell’s a duvet?”

Now if you’re a man reading this, or a young impressionable boy, I would suggest you go on to the next topic. There’s nothing for you to see here, so move along. You do not need to know what a duvet is. Ever.

STAN: Am I sensing a pattern here?
HARRIET: Whaddya’ mean?
STAN: Goldenberger’s first two stories were about…
HARRIET: Yes?
STAN: Women.
HARRIET: So?
STAN: Oh, so nothing. Hey, look, Harriet. Don’t get me wrong, I’m a member of the movement, sister. I support chick’s rights.
HARRIET: How liberated of you, Stan. You’re about as enlightened as the Trump White House.
STAN: Thanks, Harriet. I appreciate the compliment.

Duvets are strictly a female thing. Like scrapbooking, toile (don’t even ask) and Always Being Right. Thes are strictly topics under discussion for double X chromosome individuals.

Trust me. Duvets won’t even be on the Final.

That’s just one of the many differences between Men and our Supreme Rulers.

Take sex. Women don’t want to have sex unless they’re in the mood. For men, they only have to be in the room.

Women are also smarter than men. The proof? Women are always right. Men are almost always wrong. They only time a man is right and a woman is wrong is on purely male topics like TV, beer and sweating. And we’re probably close to being wrong about those topics pretty soon.

No matter how hard men try to be a fair and equal partner, women can always find something, now matter how arcane, to chip away at our self-confidence.

Let’s say you’re a man who has truly evolved past the “Hey, I take out the garbage, don’t I?” stage. And let’s say you genuinely share responsibilities as much as possible. Still, it will never ever be good enough.

Women have taken a secret pact to uphold their Right to be Right At All Times.

They’ll catch you on some technicality you didn’t even know existed. If they send you to the store for cream, you should have known they meant sour cream. “You bought pasteurized? I said fermented.”

And don’t even think about buying comfortable shoes for them. They don’t exist!

Theory pants size zero? How could they even make a size zero? Who wears them? Leprechauns?

They have an unforgiving memory.  They never forget any mistake, misbehavior, misdeed, errant glance or chore not done. Recently, after a particularly long day of helping Sir stuff the duvet in a cover, return used cosmetics and shop for a Coach pocketbook (on sale), Sir turned to me and said, “You forgot to wipe off the picnic table last August.”

STAN: Goldbaum still didn’t tell us what a duvet is.
HARRIET: A duvet is a type of bedding that is a soft flat bag filled with down, feathers, wool, or a synthetic alternative. It is protected with a duvet cover.
STAN: What?
HARRIET: Here, I’ll show you the duvet Jack was talking about. 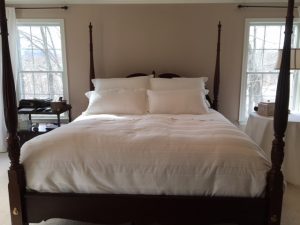 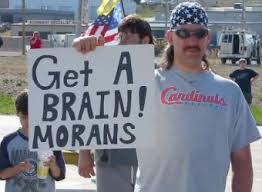 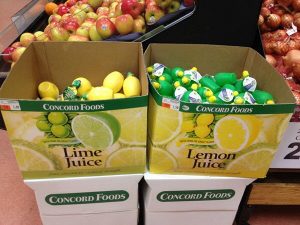 Well, he almost got it right 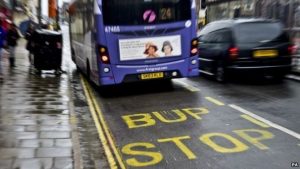 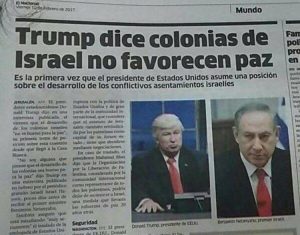 I guess Trump was being a Smart Alec! 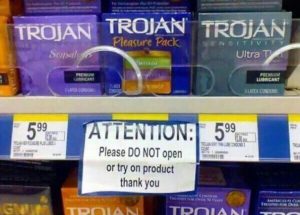 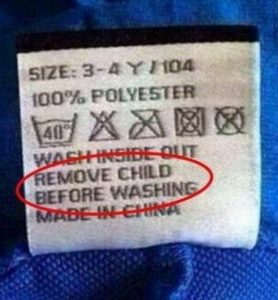 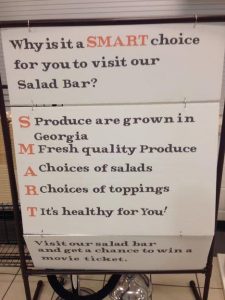 Not a clue what an acronym is 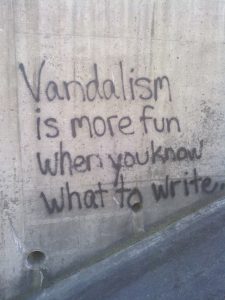 Remember, to write graffiti it helps to have something to say 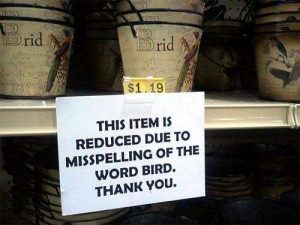 Two brids in the hand, you know… 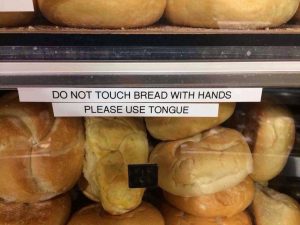 Never mind. I’ll have a bagel. 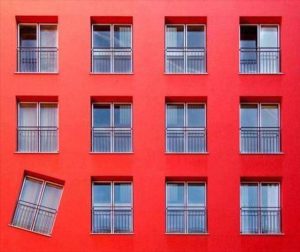 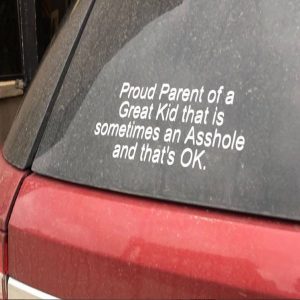 At least these parents know their kid 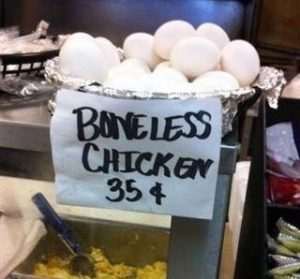 The yolks on you!

We’re launching a new feature here at 10 Minutes of Brilliance. Every blog, we’ll ask and answer 4 burning questions (not necessarily about fire)  that our Readers want to know. And on Passover, who knows, maybe we will ask those 4 questions. Let’s begin.

Q. What are the odds of getting sushi when you order sushi in Los Angeles?

A. Not so good. Seafood fraud is rampant in LA sushi restaurants. Recent research from Loyola Marymount University and UCLA has shown nearly half of all types of fish sold in Los Angeles sushi restaurants may be mislabeled. Despite strong truth-in-menu laws, getting sushi when your order it in an LA sushi restaurant is becoming increasingly difficult. Smells fishy to me. 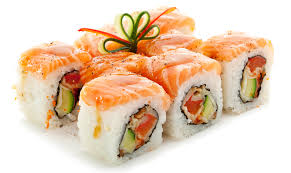 Q. A Reader names STAN asks, “In baseball, has anyone ever won Rookie of the Year two years in a row?”

A. OK, that’s just a stupid question and we’re not even going to answer it. Next.

Q. Why isn’t there a Betty Rubble Flintstones Multivitamin? 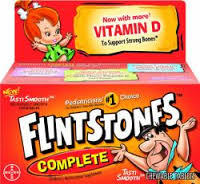 Sad but true, Betty Rubble has never been Vitaminized

A. The vicious rumor that presidential advisor Steve Bannon has been spreading that Betty’s shape was impossible to recreate in a Flintstones Multivitamin is false. Wilma, Fred, Barney, Pebbles, Bam Bam and Dino all have Flintstones Vitamins. Even the Flintmobile was immortalized as a vitamin. But in market research tests, Betty Rubble was too unpopular to be Vitaminized.

A. You just asked it.

Prezident Donald J. Trump is the Speler In Chief

Back when we used to communicate by using lead encased in wood to write on thinly sliced pieces of trees, spelling something was a valuable social skill. Now that we’ve been electronically tweeting and texting as a means of communication, pencils and paper have become obsolete. And it was a triple murder because Spelling has also met an untimely death.

And leading the charge of misspelled words and communication has been none other than The Speler in Chief, Donald J. Trump.

Last week when the Trump White House released a memorandum on “The 78 terror attacks ignored by the press”  (NOT TRUE!) , they misspelled the word attack and attackers 27 times! And that’s no typeoh! 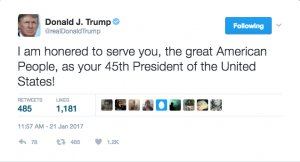 The misspellings really aren’t a big deal compared to the policies and actions emanating from Presidents Trump and Bannon’s White House.

The morning after his inauguration, Trump tweeted that was “honered to serve you, the great American People, as your 45th President of the United States!” Jenny Starrs of The Washington Post wrote, “The honer is all ours, sir — just as it was exactly a year ago when you tweeted: “Every poll said I won the debate last night (NOT TRUE!) . Great honer!”

I guess in a Trump Bannon World where Up is Down, Lies are Truth, Fake News is Real, and Science is Unproven, I shouldn’t feel bad about a few misspellings and grammar. But I does.

That’s it for today, Readers. As always, I appreciate your stopping by. At one point, 24,000 people read this blog, but we were concerned some of them weren’t real people. They were bots and spam and other nefarious “individuals.” So we’ve eliminated all but a couple hundred Real Subscribers.

Since it was impossible to tell real Readers from fake ones, we may have mistakenly cut you off our Subscriber’s List. If you received this blog because you got an email from us, your Subscription in intact. If not and you’d like to continue to follow my adventures and stories online, I hope you’ll sign up again at the top of this blog. We expect some new characters to join 10 Minutes of Brilliance. I’m auditioning new characters to possibly replace Stan.

STAN: I don’t think so, Goldman,. Without me, no one would read this stinkin’ blog!

What a well behaved figment of my imagination he is.