You can’t see the cast he’s wearing. You can’t imagine the pain he must be experiencing. But when Andy Karl went onstage opening night as the lead actor in the new Broadway soon-to-be smash musical, “Groundhog Day,” he was wearing a painful cast. 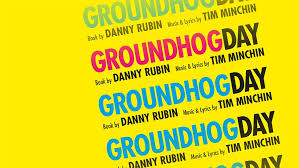 The movie that mastered the repeat performance, Groundhog Day, is now a hit Broadway musical

Seventy two hours earlier, Andy Karl tore his anterior cruciate ligament (ACL) and doctors thought he might never walk again. But with true “the show must go on” mentality, his knee was drained (ouch), he underwent some excruciating physical therapy (more pain), he got a shot of cortisone, and he performed hours of re-rehearsal. Then, Monday night, opening night, Andy Karl gave the comeback performance of his lifetime. 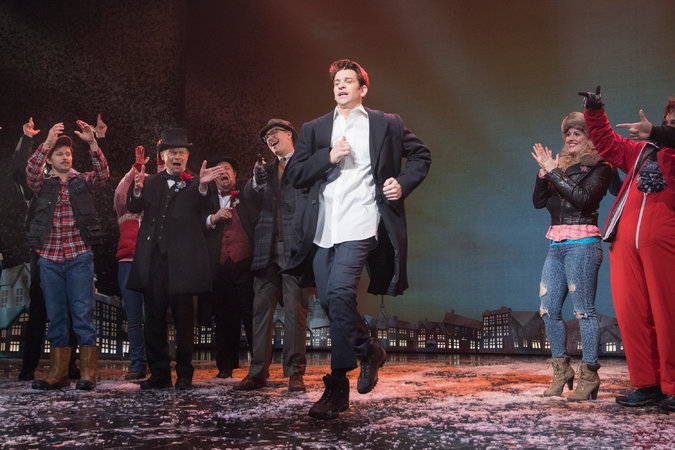 Andy Karl carefully trots out on stage (carefully) to thunderous applause from the audience and cast. I guess after the show, they’ll have a cast party.

After the curtain call and standing ovation, Karl thrust his hands triumphantly in the air and with only two words described how he snatched victory from the jaws of defeat. “Champions adjust,” he yelled over the applause of an astonished and appreciative theater crowd.

Although the line “Champions adjust,”  was originally ascribed to tennis pro Billie Jean King, both professionals join a long line of “failures” who refused to accept defeat as something permanent. Abe Lincoln lost 8 elections. Stephen King submitted Carrie to 30 publishers. Walt Disney was fired as a newspaper editor because he was told he, “lacked imagination and had no good ideas.” Baltimore Colts Hall of Fame quarterback Johnny Unitas was turned down by several pro teams by scouts and coaches who agreed, “You’re too scrawny to make it in the big leagues.”

STAN: See, Harriet, there is hope for me. I’ve failed at just about everything. I’ve had eleven marriages. More than 5 failed businesses. Been fired more times than I can remember. I’m a lousy father. Untrustable friend. I’m not honest. I don’t “pay it forward.” I’m not a nice guy. And to top it all off, I’m forced to appear on this crummy blog. But one day, I know I’ll be a star.
HARRIET: I hate to burst your bubble, Stan, but there is no hope for you. You’re destined to remain a total failure for the rest of your life.
STAN: Hah! Just as I suspected. I knew I could succeed at something!

The bottom line for you, my Readers is that if you find yourself on the floor, at the seeming end of your patience, about to give up because you believe all hope is gone, pick yourself up, dust yourself off, and get back to what you were trying to accomplish.

After all, champions adjust.

That’s all for today, my loyal 20,000 Readers. If you’re a current Reader, you’ll be invited back on Friday when we present our annual tribute to Earth Day from none other than the former Head of the Earth. If this is your first time here…

STAN: …Get out as out as quick as you can, folks! Scram! And never look back. Goldberg..
HARRIET: His name is Goldenberg, Stan. Jack Goldenberg.
STAN: Whatever. My advice remains. There is only redeeming thing on this blog and that is me, STAN the MAN. Goldman is a boring and useless writer. And he never shuts up. This blog wouldn’t have anywhere near 20,000 Readers if it weren’t for my good looks and suave style.
HARRIET: All right, Stan, that’s quite enough. You seem to forget that you’re imaginary and Jack writes everything you say.
STAN: Fake news, Harriet. Fake news!

Where was I? Oh yeah, if this is your first time reading 10 Minutes of Business, sign up at the top of the blog to get notified every time we have another brilliant though. Usually just about once a month.

Right now, through Sunday, like Macy’s, we’re having a One Day Sale. We’ve reduced the price of 10 Minutes of Brilliance to FREE. It used to cost $17,000. So there’s been a better time to save.

We cover marketing, metaphysics, pop culture, technology, the Future, politics, How to Be a Human, how to save money, humor and anything brilliant (or incredibly stupid) that we think you should know about.

To all our Readers, thanks for stopping by.

HARRIET: It’s over now.  Jack’s blog is done for today. So, say Goodnight, Stan.
STAN: Goodnight, Stan
HARRIET: You know what, Stan? You’re a freakin’ moron!
STAN: Don’t try to warm up to me, Harriet. We’re still not having sex!
HARRIET: You can say that again.
STAN: I’m not falling for that one!