The Great American Solar Eclipse that hits town today, Monday, August 21, will be here for one Performance only. And it won’t last long. The Universe will be streaming the partial eclipse of the sun for 90 minutes. And the Main Attraction, the total solar eclipse, will only be On Stage for less than three minutes.

There’s a lot of confusion surrounding what you’ll see and when you’ll see it. After all, total solar eclipses are rare events, although not as rare as you probably think. In fact, if you didn’t buy a Front Row Seat for this one, you can catch a total solar eclipse in America in 2024. More on that later.

At 10 Minutes of Brilliance, our team of physicists and astronomers have been working diligently for months to sort through the confusion, so you’ll know what to expect tomorrow no matter where you are in America.

STAN: Liar! Liar! Pants on fire! Goldman’s lying again! He doesn’t have a team of physicians and astrologists. There’s only him, you and me. And sometimes I’m not so sure about you!
HARRIET: For God’s sake, Stan, Goldman’s not lying. Damn, now you’ve got me calling him Goldman!
STAN: I kinda wear on you, don’t I?
HARRIET: No, you don’t. And by the way, his name is Goldenberg. Jack Goldenberg. And he’s just being creative when he…oh, never mind. Just shut your pie hole, Stan, and let Jack continue.

Where was I? Oh yeah. The most important thing to keep in mind is that there are only two Sections where you can watch the celestial Performance of the Century. Unlike a theater where you can sit in the Orchestra, Box Seats, or the Balcony, the only viewing sections for the eclipse are in the Front Row and the Balcony.

Those who live in or who have traveled to the narrow 76-mile band that stretches across America from sea to shining sea have a Front Row view of the Great American Eclipse. They’ll see a total solar eclipse. It’s estimated that crowd will be from 2,000,000 to 7,000,000 people. And by all accounts, they’re in for the time of their lives.

The total solar eclipse can only be viewed in a narrow 76-mile band that stretches from Oregon to South Carolina.

For the rest of us, about 312 million people, well, we’re stuck in the cheap seats, the Balcony. We’ll only get to see a partial solar eclipse. It’ll be somewhat cool to be there, but not that cool to see it. The sky will darken, but you won’t experience any of the phenomena that those in the Front Row will be talking about the rest of their lives. Sorry, we’re just being honest here.

The odds are 62 million to one that if you only get to see the partial eclipse, you’re going to be disappointed. As one astronomer described it, “The difference between seeing the total solar eclipse and a partial one is Night and Day.” Jeez, you don’t need a telescope to figure that out.

It’s like the difference between watching Macy’s fireworks on TV or sitting right under the fiery boomers as they decorate the night sky. Or watching someone eat an incredible meal on Food TV. It just doesn’t taste the same as when you eat it.

We hate to be downers here at 1o Minutes of Brilliance. It’s just not our normal style. But we want our Readers to be prepared. This doesn’t mean we think  you shouldn’t check out the partial eclipse, if only because you”ll be that much more jazzed about getting Font Row seats the next total eclipse appears over much of America in 2024.

WARNING #2: Do not Look at the partial eclipse at any time with your naked eyes. You May Go Blind!

STAN: Hey Harriet, can I borrow 500 bucks? I’m gonna catch a plane to Nashville tonight. I’ll be right in the path of the totality tomorrow.
HARRIET: Did you buy solar glasses?
STAN: Nah, I don’t think I’ll need them.
HARRIET: Well, you won’t see anything.
STAN: Of course, I will. I just told you. I’ll be right in the part of totality.
HARRIET: No, I meant you won’t see anything because you’ll go blind. Besides I’m not loaning you any money.
STAN: OK, have it your way. I’ll just stay here and watch the partial eclipse without solar glasses.
HARRIET: Stan, you’re just lookin’ for trouble.
STAN: We’ll see.
HARRIET: No, Stan, actually you won’

WARNING for total eclipse viewers only: During the brief period of totality ONLY, when NO bright part of the sun is showing, you can look directly at the totally eclipsed sun without any kind of filters and you will not believe the sight. The view is simply stunning.

BUT, IMMEDIATELY after totality, (as soon as you see the really bright diamond ring effect again, when the bright part of the sun returns to view), the glasses have to come back on. To repeat: You MUST use the eclipse glasses whenever the sun is not TOTALLY eclipsed – whenever ANY bright piece of it is visible. No matter what “eclipse times” you may get off the internet, on TV or from your crazy Uncle Bob.

If you’re not in the path of totality, you have to use approved solar glasses for the ENTIRE eclipse, and you will not see any cool things during totality that will amaze you.

How Rare Are Solar Eclipses?

Most people assume total solar eclipses are incredibly rare.  They’re not. They happen about once every one to two years. But with 70% of the Earth’s surface covered by water, eclipse attendance is usually limited to fish, whales and Charley the Tuna.

There was a small solar eclipse in the US in 1979, but you have to go back 99 years to 1918 when the moon performed its celestial dance and blocked out the sun across America from coast to coast.

When to Catch THE NEXT Solar Eclipse in North America

If you not in the narrow band across the US where the Great American Solar Eclipse will be visible tomorrow, don’t fret. As mentioned earlier, the Show has been renewed. It’s coming back for a Repeat Performance on April 8, 2024. But that eclipse will only be visible in a much smaller band of land in America from Texas to Maine. 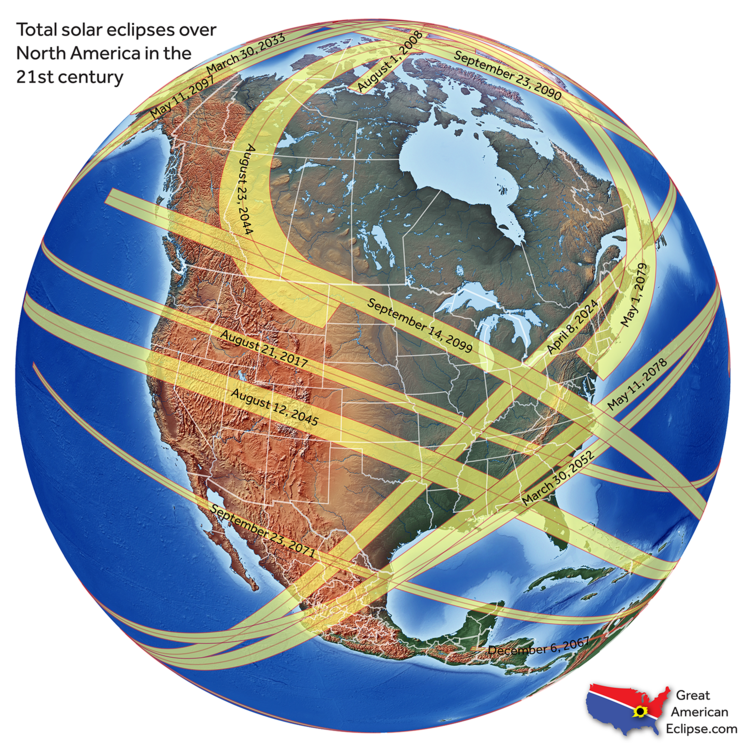 You’ll still have a chance to catch the next total solar eclipse.

And if Ted Williams’ cryogenic head can be revived by September 23, 2099, he can catch a total solar eclipse that will cross about 7 or 8 US states. Although, if only TED’S HEAD is revived, he may need to hitch a ride to see it. 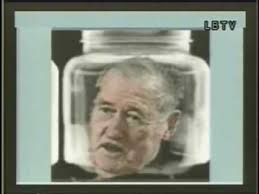 What is the Best Time to See the Eclipse, Partial or Total, in my Zip Code?

STAN: See, that’s what I’m talking about?
HARRIET: What now?
STAN: Goldenfeld is almost at the end of his blog and he’s finally getting around to telling his Readers when to watch the eclipse in their zip code. It’s like a roller coaster ride with him.
HARRIET: Jack always claimed this is an ADD-addled Scream of Consciousness blog. He just tries to make things interesting. And he’s really a great writer. I know that because he just told me to say it.
STAN: All right, I give in. Say, after the blog is over, you wanna go have some virtual sex.
HARRIET: That’s virtually impossible.
STAN: What if I wear solar glasses?
HARRIET: You’re on.
STAN: That’s what I was hoping for!

Whether you live in 59701 (Butte, Montana), 10022 (New York City), or 33125 (Miami, Florida), you can still enjoy the show if you know when it happens in your area. NASA created a user-friendly animation that simulates how the eclipse will look in any zip code in the United States. Here’s a screen shot from that animation of when the Great American Solar Eclipse will be visible over Denville, NJ. Assuming, of course, Governor Christie doesn’t block the view. 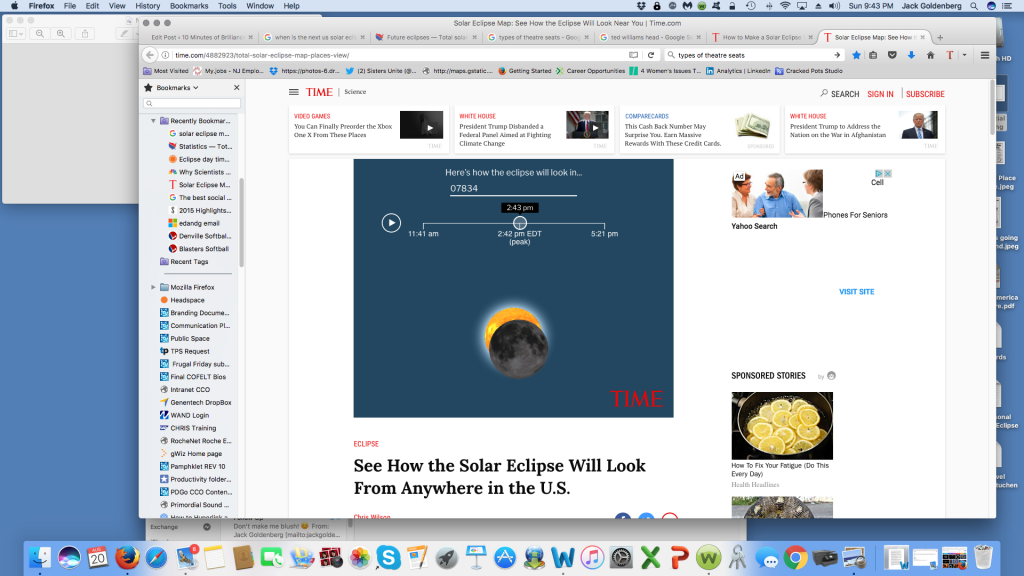 As an example, the moon will block out the largest portion of the sun in Denville, NJ at approximately 2:43 PM. tomorrow.

Click HERE to see when you can check out tomorrow eclipse in your hometown.

Final Advice on the Best Way to Experience the Eclipse 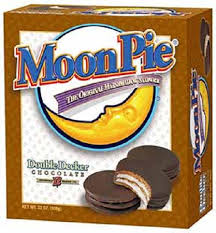 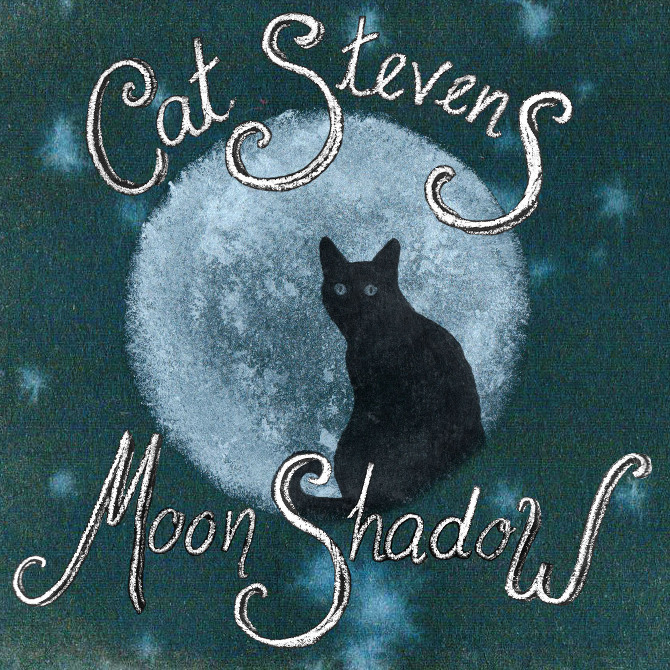 That’s all for now, Readers. Thanks for stopping by. Be safe today. And remember, no mooning.