The Beatles & Moody Blues: Why You are Here on Earth Part 1

STAN: Where the hell is he?
HARRIETT: Jack? He’ll be here. Just be patient.
STAN: But it’s been over a month since Golberg published his last blog. Damn he’s slow.
HARRIETT: Well, this was a particularly tough blog to write. After all, “Why YOU are here on Earth” is The Universal Question. 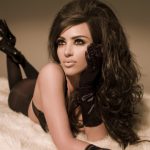 The Universal Question is either “What is the purpose of Life?” or “How did Kim Kardashian get so damn famous?”

STAN: I thought, “How did Kim Kardashian get so damn famous?” was the Universal Question.
HARRIETT: That’s actually second. It’s right behind the question on man’s very existence, his being, his purpose in life. His raison-d’etre.

STAN SCRATCHES HIS HEAD AND SQUINTS HIS EYES.

STAN: OK, I didn’t understand that last thing. But then, I never took Spanish. Say Harriett, you got anything to eat?
HARRIETT: Stan, you have the attention span of a tse-tse fly.
STAN: Thank you, I think. Wait! I think Goldenberg’s here. Quick, am-scray. I don’t want him to catch us. Last time he said if he caught me wise-cracking on the blog one more time, he was gonna shut me up for good.
HARRIETT: How did he say he’d do it? A poisoned dart? A staged accident? A knife through the heart?
STAN: No, worse! Worse than anything you could imagine! He said he’d never type my name again.
HARRIETT: Ouch! That could be painful. What a way to go!
STAN: I know! Let’s go. I think I hear him thinking.

STAN GRABS HARRIETT AND PULLS HER OFF THE BLOG.

Hey Readers, sorry it took me so long so to write this blog. I was in pretty much over my head. This topic has proved to be unusually challenging, but also very popular. Over 300 new Readers signed up since I announced this blog would explain, well, the almost unexplainable.

STAN YELLS SOMETHING FROM OFF BLOG.
STAN: Hey man, cut the chit-chat. Let’s get on with the show.

But enough chit-chat. Let’s get on with the show.

STAN: Is he mocking me?

Are YOU ready to find out WHY YOU’RE HERE ON EARTH?

YOU are? You’re sure? YOU can handle it? OK, here goes, Reader.

Oh, come on now! Did you really think I was going to tell YOU what your mission is here on Earth. Don’t YOU get it? That’s for YOU to figure out.

Now I can give YOU some hints, but really, it’s your life, your game, you’re the player.

Of course, there really is no YOU. 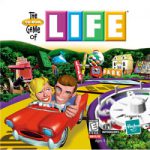 The “Game of Life” is not to be confused with The Game of Life. The former is a 4-6 player game, the latter is played solo.

Another Illusion is that we’re all separate.

Now I know how stupid that sounds. Of course, we’re all separate! I’m me. You’re YOU. And everybody else is, well, somebody else.

True, that’s the way it plays in the Material World. But guess what?

The Material World isn’t the only World. It’s just one World, one plane of Reality.

STAN: OK, I’m pretty sure Goldberg’s gone off the deep end, now. So, Harriett, I guess I am you, and you are me, and we are all together, huh?
HARRIETT: That’s how the Beatles saw it. or rather sang it.

STAN: Yeah and I am the Walrus!

STAN SHAKES HIS HEAD IN DISBELIEF.

STAN: Wow, what were the Beatles smokin’ when they came up with that.
HARRIETT: Actually, Stan, that’s when the Beatles were looking for the meaning of Life.
STAN: The board game?
HARRIETT: No, Stan.
STAN: Hell, I’m still trying to figure out Parcheesie.
HARRIETT: Do you want to learn something on go on being ignorant?
STAN: Well, I’d like to do both.
HARRIETT:  All right, Stan, just pay attention. The Beatles were on top of the music charts and on top of the World. But it wasn’t enough. Because they understood there was a real meaning to existence and they wanted to know what it was.
STAN: Are you sure you don’t have something to eat? A stick of Juicy Fruit. An old Oreo cookie?

HARRIETT HAS DEALT WITH STAN ENOUGH TO KNOW THAT IT ISN’T EASY GETTING THROUGH TO HIM. STILL SHE TRIES AGAIN.

HARRIETT: And the BEATLES weren’t the only ones who understood there was a Higher Reality. The Moody Blues also knew LIFE WAS A GAME. And they also knew we all were ONE.

There has been evidence of a Higher Reality throughout history. But even if  YOU believed that for a second, or a minute, the feeling wouldn’t last. YOU know why?

Because there are many YOUs. And one of them will do everything in his power to make YOU forget THE QUEST.

YOU think the world is outside YOU. It’s not.

We think, mistakenly,we’re the only one who have fears and feelings of guilt and shame, but really everybody does. Take the classic example of bullies. They act like they’re strong and that they have power. But deep down they question their own worth and feel inadequate. Even though they’d never admit it. Now, you may not be a bully, but you probably question your worth, your value hundreds of times a day in that complex underused brain of yours.

It may seem like other people’s troubles are less than yours, but that’s just because you’re just not in their heads experiencing what they experience.

If you could go into a room filled with people and everyone hung all of their troubles and their worse nightmares on the wall, you would choose to have your own troubles rather than someone else’s.

You’re blinded by another Great Illusion. YOU think God is something outside YOU, don’t YOU?

Of course YOU do. YOU imagine God being in Heaven or some place outside YOU. (FLASH: There is no Heaven (although there is an afterlife when you’re pure spirit again)! Sorry. I know that’s bad news for those of you who were hoping to help get in on with 72 virgins in Heaven.)

STAN: What did Goldberg mean by that? Do terrorists read this blog.
HARRIETT: No, all Jack’s Readers are brilliant and good human beings.
STAN: I read the blog.
HARRIETT: There are exceptions.

Well Readers, that’s it for now. This was only Part 1 of Why You Are Here on Earth. I will publish Part 2 tomorrow. Then, considering this is an important topic, there may be a Part 3 and 4. Who knows? If you’ve enjoyed this overly heavy topic, PLEASE let me know by leaving a comment on the blog. If not, and you’d rather that I concentrate on the funny side of life, leave a Comment that tells me that. And if you have absolutely nothing to say, then leave me a Comment and tell me that.

STAN: That doesn’t make a lot of sense does it? If we don’t have anything to say, we should leave a COMMENT.
HARRIETT: No it doesn’t make sense, but then again neither do you most of the time.
STAN: Hey, that means I could write a blog.
HARRIETT: You could. (HARRIETT HOLDS BACK HER LAUGHTER AT THE THOUGHT OF STAN WRITING A BLOG)
STAN: Yeah, but with my luck, Golberg would probably interrupt me like I do him.
HARRIETT:His name’s Goldenberg
STAN: Who cares? Goodnight Harriett.
HARRIETT: Good night Stan. See you tomorrow Readers.